At 07:15h on an overcast saturday morning I left home for my journey to Amsterdam, where I arrived at the Darkmoon Faire at about 09:30h. Ready for the experience I was outfitted in the T-shirt, sporting the Guild's Warbanner and armed with a camera....only to suffer a major debuff. It was in an old industrial building and the banners at the entrance were very promissing, but it went downward rapidly from there. Walking into the main hall, one was faced with a registration desk, flanked by a lifesize Bloodelf Druidess and an Orc Warrior. The rest of the hall was filled with rows and rows of tables. Going to the registration desk to get my bag of goodies, I was told that they had run out of those already at about 09:00h, but at least I got to fill out an entry form for the raffle and seeing the grand prize, a copy of Arthas' sword Frostmourne, on display got me quite exited again. Until the moment I heard that the drawing was at 17:00h and you had to be present in order to obtain your prize. I walked around a bit and found out that the whole event was basically just a trading card tournament, which was just NOT my thing... They had a side event called Minigame, which was basically a kind of Stratego board, with 6 miniature replicas of game figures on it, doing battle by throwing dice. Tucked away in a corner were some tables with 20 laptops, where you could play WoW online. These were without exception occupied by the same spotty kiddies that spam the trade channel so much, and they wouldn't vacate their chair not even to go to the toilet... I managed to uphold a look of genuine interest until about 11:00h and by then not even the possibility of winning Frostmourne could convince me of staying six more hours. In the bus back to Amsterdam Central Station, I remembered that with my trainticket, I had illimited traintravel for the whole day, so I changed plans. I took the train to Haarlem, where I had to wait 20 minutes for my connection and enjoyed a cold beer on a sunny terrace iin the historical towncenter. Then I continued to Zandvoort, a nice village on the beach, where I had some delicious fresh fish (well fed, +20 spirit). I walked along the beach for a while but since there were no Murlocs to be found, I went back home and was back online in the early evening. (I will try to add some pics later, but I have to resize them.) 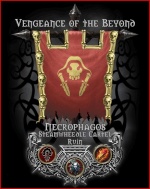 damn sorry it was such a bust - you would think with the money Blizz makes off us summat like that could be either more truthfully advertised on the site or just made bloody better. Was in any case nuffin like Darkmoon Faire
_________________
If it has pockets I will pick them - if it doesnt I will just kill it 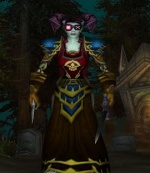